All Wars Are Bankers' Wars

Written and spoken by Michael Rivero. The written version is here.

Want to be on the winning side?  Watch this, then turn your thought to what it is that you would prefer to experience.


FOUR HORSEMEN is an award winning independent feature documentary which lifts the lid on how the world really works.

As we will never return to 'business as usual' 23 international thinkers, government advisors and Wall Street money-men break their silence and explain how to establish a moral and just society.

FOUR HORSEMEN is free from mainstream media propaganda -- the film doesn't bash bankers, criticise politicians or get involved in conspiracy theories. It ignites the debate about how to usher a new economic paradigm into the world which would dramatically improve the quality of life for billions.

"It's Inside Job with bells on, and a frequently compelling thesis thanks to Ashcroft's crack team of talking heads -- economists, whistleblowers and Noam Chomsky, all talking with candour and clarity." - Total Film

"Four Horsemen is a breathtakingly composed jeremiad against the folly of Neo-classical economics and the threats it represents to all we should hold dear."
- Harold Crooks, The Corporation (Co-Director) Surviving Progress (Co-Director/Co-Writer)

Join greg Hunter of USAWatchdog.com as he goes One-on-One with Jim Sinclair of JSMineset.com

What Putin has right now is a tool that is so powerful  that it’s almost unthinkable.  He doesn’t need nuclear bombs…he’s got a nuclear economic bomb.  That he can set off at any time without having to launch a missile.

# posted by americanfreeenterprise @ 3:27 AM
(0) comments

# posted by americanfreeenterprise @ 3:07 AM
(0) comments

# posted by americanfreeenterprise @ 2:55 AM
(0) comments

# posted by americanfreeenterprise @ 2:24 AM
(0) comments

# posted by americanfreeenterprise @ 1:57 AM
(0) comments

"Democracy is two wolves and a lamb voting on what to have for lunch. Liberty is a well-armed lamb contesting the vote!" -- Ben Franklin 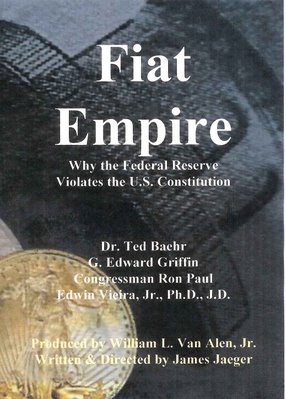 On Foreign Income
We The People Foundation
The Income Tax: Root of All Evil
Income Tax Not Necessary 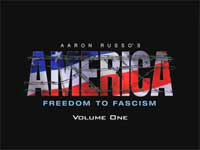 What is Money?
Slaves
THE MONEY CHANGERS by Patrick S. J. Carmack
THE FORGOTTEN ROLE OF THE CONSTITUTION IN MONETARY LAW
Trashing the Constitution:
A FATAL PARASITE ON THE AMERICAN BODY POLITIC
Gold Money Bill
Money Manipulation
A Talk by Edward Griffin


Are you doing your constitutional duty for Homeland Security?